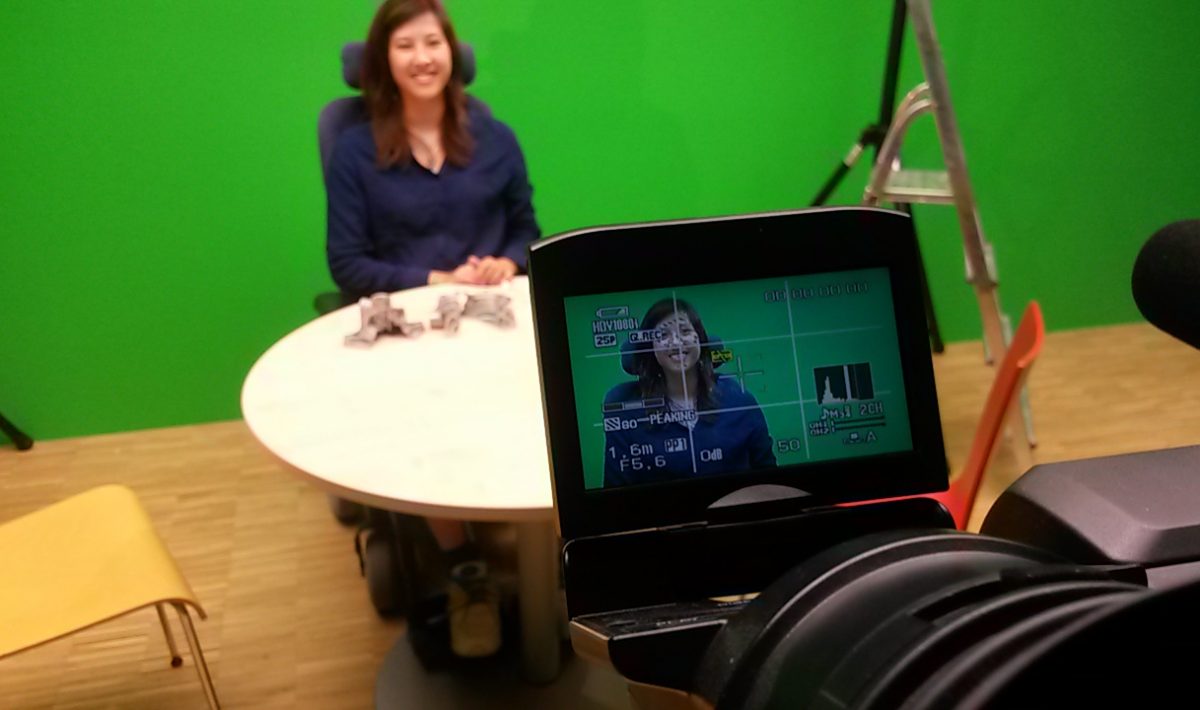 Hi there, everybody =) Did you know that I once shot a TV report? If you think it was a travel report -- then I have to disappoint you now xD In fact, it had nothing to do with travelling, but with my apprenticeship in a vocational training center. That’s why the report dates back some time, but I just wanted to share my experience with you (even if it has nothing to do with travelling) and give you a look behind the scenes of filming.

A report about my education

Anyone who knows me knows that I did an apprenticeship as a “specialist practitioner for technical product design”. By chance a television team wanted to shoot a short report about this apprenticeship and by chance I volunteered for the shoot. Oh these coincidences xD

The shooting lasted only 3 days and took place in different “settings”. As already mentioned, the report is about the training in the vocational training centre. To shoot a scene, I always first discussed with the leading TV author what I would say and what he would incorporate into the scene. If my answers were good, then I could say them again while filming. I remember exactly when I was supposed to introduce the table book and unconsciously said “Bebberle” (Swabian word for sticker) -- the TV author said: “THAT’s good! Use that Swabian word again.”

Never look into the camera

Did you know that you never have to look into the camera when taking interviews, but talk normally while the camera is on the side? And that was a good thing! There were only a few scenes where the camera was in front of me and I should just look normally -- THAT was difficult xD Somehow I felt a little stupid and I had to totally suppress my grin. Who of you also knows that feeling of always grinning at video recordings?

Not everything you see on TV is true

Another thing I learned during the shooting: Even with “serious” documentaries, there is a lot of re-enactment and adjustment. I told the TV writers about my idea of this travel blog and it became a blog about CAD (Computer-Aided-Design), because this is more relevant for my profession xD Also for a “cooking scene” the tv writers bought some ingredients at a nearby supermarket. Of course this scene could be true, but only “could”. Personally, I have always had ready meals. I know I know, quite unhealthy xD But there were also real, not posed scenes =) For example the school lunch or the preparations for a project presentation (which was then put on especially for television xD).

Another point, which is actually quite fascinating: the television team wasn’t that huge. Altogether there were only 4 people: the TV author, the cameraman, the sound man and the light man (?). Well, I hope I could give you an interesting look behind the scenes. You can find the video clip, which is available in different lengths, on my YouTube channel ^^ See you next time!

If you start the video, your IP address is sent to YouTube

1) Scenes are always discussed in advance
2) There were staged scenes in the documentaries
3) The television team consisted of 4 people
4) And here is the official link to the report: https://www.br.de/fernsehen/ard-alpha/sendungen/ich-machs/fachpraktiker-technisches-produktdesign100.html

Did you know there are wheelchairs that can climb stairs?

How to be in Japan, while in Germany

The natural history museum in the Rosenstein Castle

🇩🇪German⬇️ . . 🇬🇧 What is the adva

🇩🇪German⬇️ . . 🇬🇧 On our penultima

🇩🇪German⬇️ . . 🇬🇧 As a #wheelchair

🇩🇪German⬇️ . . 🇬🇧 You would see al

🇩🇪German⬇️ . . 🇬🇧 Have you ever ha

🇩🇪German⬇️ . . 🇬🇧 And where has th