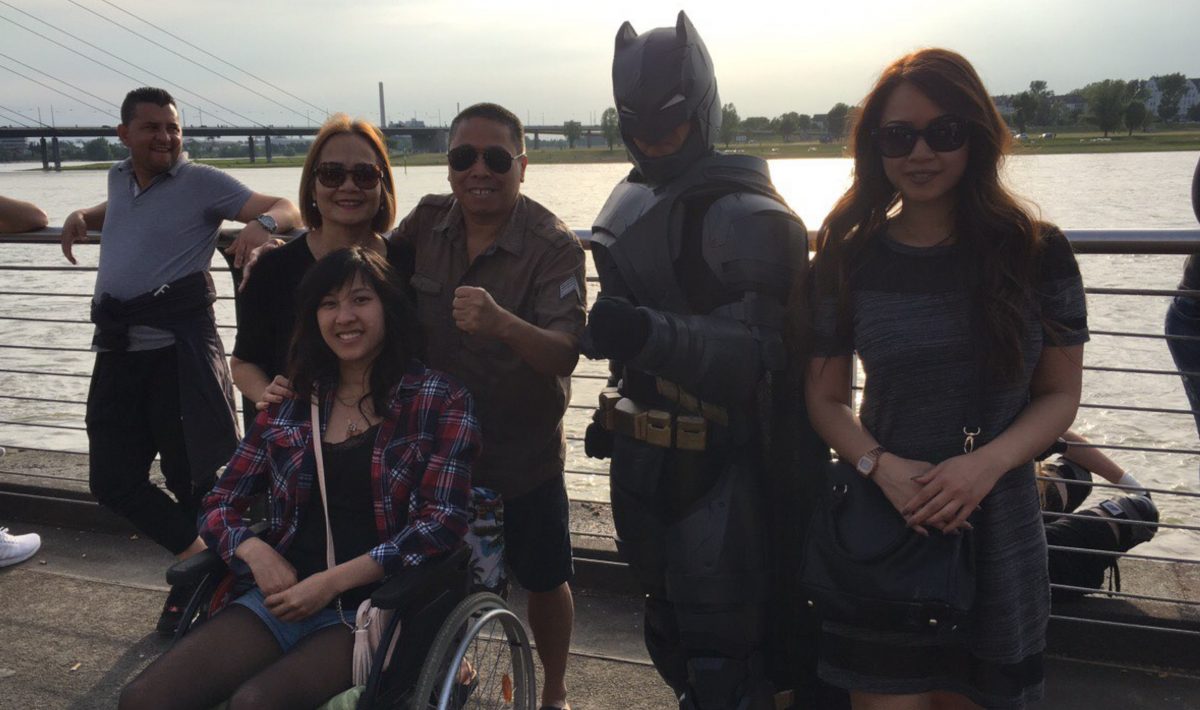 Konichiwa! Is Japanese and means “hello” ^^ Maybe one or the other will now think “Uhh, a report from Japan” -- unfortunately not, but nevertheless not quite wrong xD I was with my family in Düsseldorf and funnily enough we caught the weekend with the “Japan Day” by pure chance.

What’s the Japan Day? Well, the Japan Day is a German-Japanese meeting festival which has been held every May or June on the “Düsseldorfer Rheinufer” since 2002. Over 6500 Japanese live in Düsseldorf and accordingly the only “Japantown” in Germany is here. The reason why there are so many Japanese in Düsseldorf is probably due to the fact that Düsseldorf is an important centre for the Japanese economy. Many Japanese workers moved here with their families and so the first Japanese shops and restaurants were opened.

On this day there is a varied offer of culture, music, dance, sport and culinary delights. There will be performances by different groups, information stands and areas where you can buy Japanese food. However, I must honestly admit that I found the prices for the food a bit overpriced. Nevertheless, the festival is always very well attended and therefore one should be prepared for large crowds! But nonetheless, you can still get through in a wheelchair!

A really cool thing were all the cosplayers and the people with the “Free-Hug” signs xD One time a girl came up to me and asked if she could hug me. By now I don’t care what other people think of me when they see me in a wheelchair. But I was quiet surprised, that someone would come up to me, wanting to hug me and not being intimidated by the wheelchair. That was so sweet of that girl ^^ Oh, I should have taken photos with the cosplayers, I guess they were just waiting to be photographed xD Unfortunately, I didn’t thought of taking pictures 🙁

The TV Tower will be blocked

Well, as we walked along the promenade, our actual destination was the television tower.

But it turned out that the television tower has been closed. Turned out the TV tower was closed at a certain time and only accessible for a closed society.

Oh also, if you want to go to the toilet, you should pay attention to the opening hours of the big department stores. If these are closed, I probably wouldn’t know where there would be a wheelchair accessible toilet nearby. Our place of residence was close to the fairground, which is why we went to the apartment and I could use the toilet without any problems. And here I encountered the next problem…once you were at the promenade, it is recommended to stay there xD Because the later it became, the fuller the promenade became and the crowd or the rush for the Japanese fireworks became bigger and bigger!

Because this is the crowning finale for this day and lasts about half an hour! And I can tell you -- the fireworks are huge and beautiful *_* But as we had stupidly moved away from the fairground and everyone wanted to get to the shore NOW, we could hardly get through and had to stand behind the huge crowd.

Fortunately, the fireworks were big enough so that we could see something from far away. But therefore my tip: don’t leave the fairground, you won’t be able to get in if you don’t go early. And all the meadows will be full of people too xD Nevertheless it was a very interesting day and I hope I will get the chance to watch this event again ^^

1) Düsseldorf has the only “Japan Town” in Germany
2) To celebrate the German-Japanese friendship, there is the Japan Day once a year
3) The promenade can be quite crowded in the evening and one should not go too late to the promenade
4) And here’s a link to the official site: http://www.japantag-duesseldorf-nrw.de/en/

Did you know there are wheelchairs that can climb stairs?

How I ended up on TV

The natural history museum in the Rosenstein Castle

🇩🇪German⬇️ . . 🇬🇧 What is the adva

🇩🇪German⬇️ . . 🇬🇧 On our penultima

🇩🇪German⬇️ . . 🇬🇧 As a #wheelchair

🇩🇪German⬇️ . . 🇬🇧 You would see al

🇩🇪German⬇️ . . 🇬🇧 Have you ever ha

🇩🇪German⬇️ . . 🇬🇧 And where has th